This page contains links to useful, helpful, and interesting websites, of relevance to the study of medieval settlement and recommended by members of the MSRG. 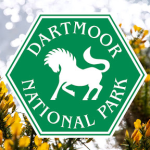 Moor Medieval was a recent parish-based project that formed part of the Dartmoor National Park Authority-led ‘Moor Than Meets the Eye’ Landscape Partnership, a Heritage Lottery-funded partnership scheme which aimed to explore the story of the people and landscape of Dartmoor. As part of the project, a short film was produced – ‘Houndtor: A Contested Landscape’ – examining in detail the deserted medieval settlement of Houndtor, and which can be seen here. You can find out more about this project here. 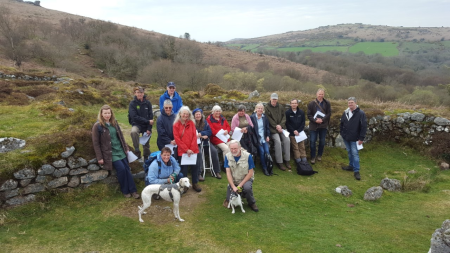 The British and Irish Archaeological Bibliography is an abstracting and indexing service that covers all aspects of archaeology and the historic environment.

The Council for British Archaeology is an educational charity working throughout the UK to involve people in archaeology and to promote the appreciation and care of the historic environment for the benefit of present and future generations.

The first East Anglian Archaeology report was published in 1975 and there are now one hundred and fifty titles in the series. New titles each year see What’s New.

The Landscape Research Centre was registered as a charity in 1980 to promote research into the evolution of the landscape from the Palaeolithic to the present, and to publish the results. The main aims and objectives of the LRC are: to undertake primary field research into landscape archaeology, ecology and landscape history; and to publicise and publish the results of such research at popular and academic levels on paper, through digital media such as this web site, and through public lectures, lectures in schools, universities and at academic conferences in Britain and abroad.

The Medieval Pottery Research Group (MPRG) was founded in 1975 to bring together people with an interest in the pottery vessels that were made, traded, and used in Europe between the end of the Roman period and the 16th century. Its remit has subsequently expanded to include pottery of the 17th, 18th and 19th centuries from both sides of the Atlantic and beyond, as well as post-Roman ceramic building materials. The Medieval Pottery Research Group membership includes professional and non-professional archaeologists actively engaged in the study of ceramics as well as those with a general interest in ceramics or who are involved with local archaeology/ history societies. The webpages details publications and conferences, and information on how to join MPRG and how to apply for a grant from the John Hurst Travel Fund.

The Portable Antiquities Scheme is a DCMS funded project to encourage the voluntary recording of archaeological objects found by members of the public in England and Wales. Every year many thousands of objects are discovered, many of these by metal-detector users, but also by people whilst out walking, gardening or going about their daily work. Such discoveries offer an important source for understanding our past.

The Society for Landscape Studies was founded in 1979 with the aim of advancing public education by promoting the study of the landscape in all its aspects. In achievement of this aim the Society fosters an interest in research and fieldwork; publishes, from time to time, the findings of the Society and other material relevant to the understanding of landscape evolution, particularly through its respected journal Landscape History; and holds conferences, seminars and field meetings. Landscape History journal is international refereed and offers a common meeting-ground for all concerned with the material and cultural evaluation of human use of the land.

Since sites are updated and change regularly, if you identify a broken link please do contact the Web Manager.