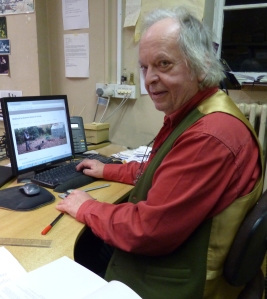 Andrew Rogerson was born and raised at the northern end of Shropshire. After reading History and Archaeology at Liverpool followed by three years of excavation in various parts of England he joined the Norfolk Archaeological Unit in 1973.  He has remained in post through various institutional name changes, acting as first as a field archaeologist, then as an archaeological curator (in development control) and finally as a recorder of finds for the county SMR /HER, in recent years also for the Portable Antiquities Scheme. Amongst his publications is his field survey of Barton Bendish, Norfolk , in the East Anglian Archaeology monograph series. His main interests are post-Roman settlement in all its aspects. The blending of archaeological evidence with documentary sources formed the main part of his PhD thesis on one Norfolk parish of dispersed settlement. This remains unpublished: an omission that will be rectified soon after forthcoming retirement.